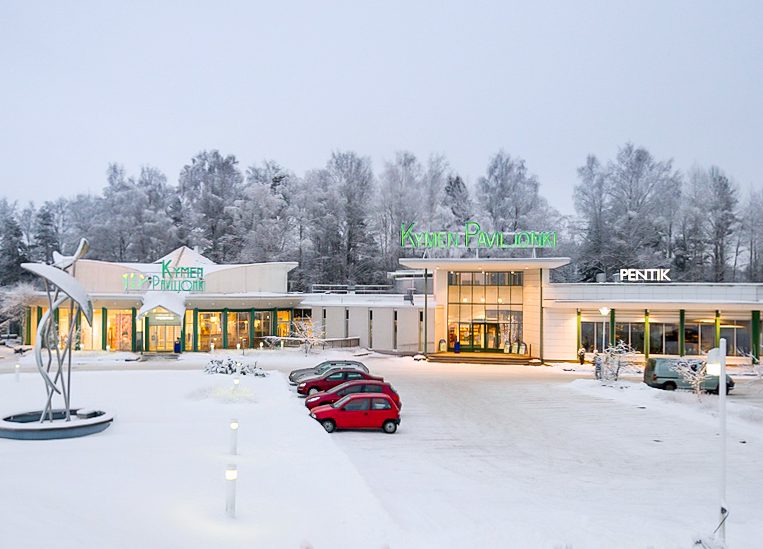 Lauri Leskinen is the owner of an oil-fired commercial property. He believes that the economic aspects of oil-fired property heating are crucial for business, but the ecological values are even more important.

Finland has had a plan for almost two years to phase out the use of fossil oil in property heating by 2030. The country has more than 100,000 property oil heating systems to modernize in the coming years (Lämmitysenergiayhdistys). Xamk’s RDI-project New Openings in the Bioeconomy (BUT) explored which heating solutions make the government’s goal technically feasible.

The research project examined three different fossil oil-heated buildings: residential, industrial, and commercial properties. At Kymen Paviljonki, CEO Lauri Leskinen runs a catering and event service business, and his commercial property also serves as a rest stop at junction 6 and 12 on the highway in Keltti, Kouvola. The multipart pavilion building covers more than 2000 m2 and has plenty of large windows and high indoor spaces. Such a building consumes much more energy than a standard house per square meter. Leskinen tells us that he has considered an upgraded heating method from an economic perspective, which is crucial for the business, but he also points out that the ecological value is often particularly important for modern consumers.

Mr Leskinen, an entrepreneur of the family-owned business, thinks that the oil heating does not represent a modern way of heating properties, however ultimately money is the key factor in making an investment decision:

– I consider oil heating to be a bit of an old-fashioned form of heating. It’s expensive and polluting. However, the economy ultimately guides the choice of heating method. In other words, a change in the heating method could come into play when the investment is economically reasonable, Leskinen states.

The Finnish Government’s program aims to promote non-combustion energy sources for heating properties. At Kymen Paviljonki, there is no possibility to use district heating, because it is out of service range. On the other hand, the law prohibits the installation of a ground source heat pump and prevents the making of a borehole, because of an important groundwater body in the area. Nevertheless, an air-to-water heat pump technology provides an efficient property heating solution for Kymen Paviljonki, but the downside is the that the limited operation outdoor temperature that cannot be colder than -20 C. This might be a problem in the Finnish winter months. As there is a relatively high heating energy demand in the property, it is more profitable to rely on the existing oil heating system than an external electrical heating element to produce peak power on very cold winter days.

In the study, we found that a hybrid heating solution combining a heat pump and an oil boiler could reduce CO2 emissions by at least 70 percent. In addition, the sustainable choice of fuel and a switch to energy-efficient condensing boiler technology, can significantly shrink this source of greenhouse gas up to 10% as the market also offers heating oil made from renewable raw materials. The remaining 20 % of CO2 emissions comes from the purchased electricity (19 %) and renewable heating oil (1 %).

The payback period for the investment of the hybrid system in Kymen Paviljonki was calculated to be approximately 3.4–8 years based on a fuel oil price range of 1.1–0.6 €/l. Leskinen considers the calculated payback period to be quite promising:

– I think a payback period of seven years is encouraging in business terms, Leskinen says, and continues:

– and in my mind, financial support is the right steering mechanism. Financial interest must be included in political guidelines. The practice should stay close enough that guidelines remains understandable.

During the energy study, our project team visited Kymen Paviljonki three times and communicated closely with the team there. We asked Mr. Leskinen what sort of experience it was to participate in an energy audit and he answered:

– The experience was exciting from start to finish. Participating in this study increased my own technical knowledge of our energy system. Some savings were found by taking some small steps. The energy study provided us with the backbone for future investment decisions. This study was easy to participate in because it was part of the project. We wouldn’t have been able to carry it out by ourselves.

Leskinen found the implementation of the energy audit economically reasonable and noted that he would recommend it to his property-owner colleagues also.

Finally, Leskinen was asked how he has felt about the collaboration with Xamk to which he answered:

– I have liked the active involvement of Xamk’s staff in carrying out the study and I think the collaboration has been very fruitful.

He also suggested that controlling the property’s energy system would be simpler in the future because of this collaboration:

– The diversity of the property’s heating system is tricky. The control and optimization of the whole system should be developed in such a way that it is simpler to control the whole.

The BUT-project staff thanks Lauri Leskinen for his contribution to the research and wishes good decisions in the coming years!

Kymen Paviljonki’s CEO Lauri Leskinen was interviewed for the possibility of a change in heating from oil burner to another less-pollutive heating method.

The interview was made as a part of New Openings in the Bioeconomy (BUT) -project, which is primarily funded by the Regional Council of Kymenlaakso through European Regional Development Fund.

Höök works as Project Worker and Tallinen as Project Manager in New Openings in the Bioeconomy – BUT Project.

They both work as a part of the RDI-team Forest, the Environment and Energy, Xamk Kymenlaakso. 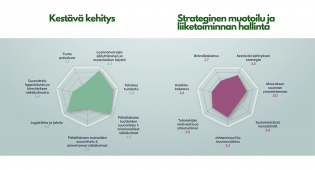 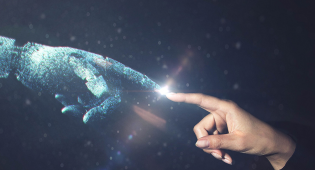